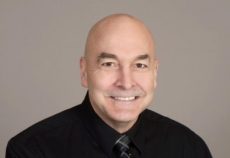 Tom Lives in Duluth Minnesota with his wife of 37 years, where he recently retired from a career as an Electrical Engineer in the Power industry.   The Lohman’s also have a 34 year old son who is a senior scientist for a pharmaceutical testing firm.  Tom has been woodworking for more than half of his life then discovered segmented woodturning in 2010 and became hooked after reading Malcolm Tibbetts book.  Since getting involved in segmenting he has been pushing the boundaries of Bowl-from-a-Board Techniques, then both open and closed segmenting with his complex patterns.

When Tom is not in his home shop, you might see him cruising on his Gold Wing Motorcycle or lifting weights.  Tom used to hold the Minnesota bench press record at 440lbs.  Impressive!

Tom’s creations are made in a 12×24 shop which is part of his detached garage. 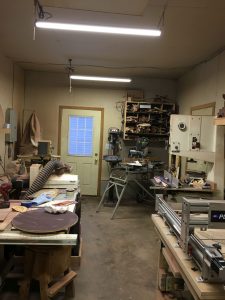 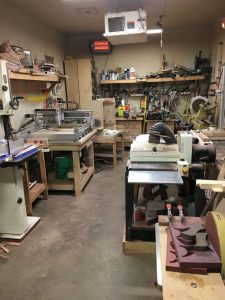 Tom’s Bowl-from-a-Board demonstration is going to cover designs you have not seen before.  You will see the process he uses to layout and assemble these creative designs. 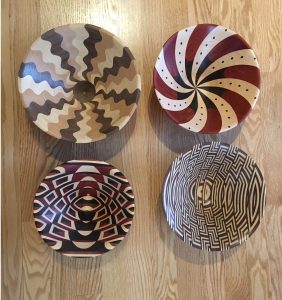 Here are some BFB designs from previous years

Tom has also developed an assembly fixture that allows him to assemble both open and closed segment patterns that are increasingly complex.  You will see this fixture in person at the symposium during his demonstrations on open segmenting 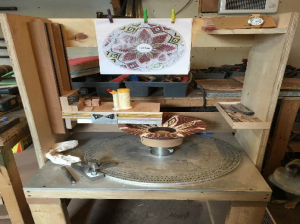 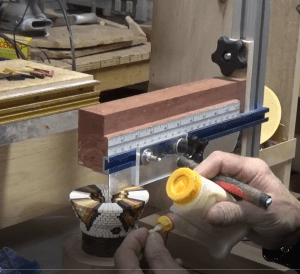 This fixture, Woodturner Pro, and a lot of creativity has enabled these designs which were created in recent years.  The secrets to Tom’s design and implementation approach will be unveiled in Saint Louis. 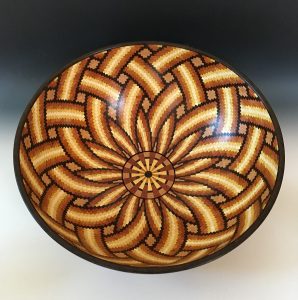 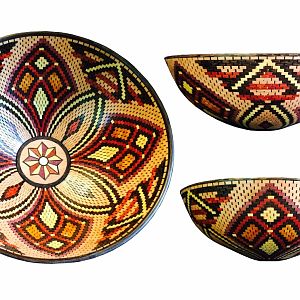 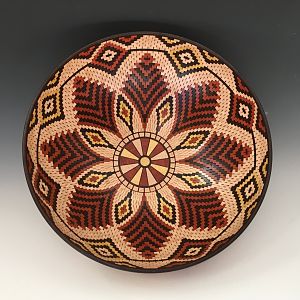